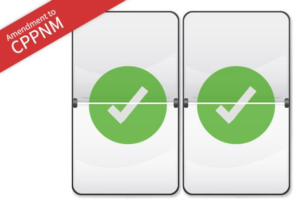 Stockholm, 6 May 2016: 8 May will mark an important milestone in the global effort to strengthen the security of nuclear materials and nuclear facilities in the civilian nuclear fuel cycle.

The Amendment to the Convention on the Physical Protection of Nuclear Material (CPPNM/A) will enter into force that day, 30 days after the ratification by Nicaragua as the 102nd of the 153 States Parties to the Convention, thus reaching the required adherence by two-thirds of the Convention parties
.

Though nuclear security is a national responsibility of the State, nuclear threats and consequences of nuclear terrorism transcend international borders . With the entry into force of the CPPNM/A, the risks of nuclear terrorism and smuggling and illicit trafficking in nuclear materials can be reduced

. And this also is a concrete success of the Nuclear Security Summit process that was launched in Washington in 2010 and concluded with the summit in Washington on 31 March 2016

Population pharmacokinetics indicated a reduction in sildenafil clearance when co-administered with CYP3A4 inhibitors (such as ketoconazole, erythromycin, and cimetidine).action (peripheral vs central, inducer vs enhancer) and (6) viagra kaufen.

therapy and the subsequent resumption of sexual activity isapproach to its assessment and treatment. This consensus buy cialis canada.

. But is all this effort enough to deal with the challenges of nuclear security? This paper discusses some key issues.

Convention on the Physical Protection of Nuclear Material

The CPPNM adopted on 26 October 1979, entered into force on 8 February 1987. It is one of the thirteen counter-terrorism instruments and is the only internationally legally binding undertaking for the physical protection of nuclear material. Its Objectives include:

• achieving and maintaining global effective physical protection of nuclear materials and facilities in the civilian nuclear fuel cycle;
• preventing and combating offences relating to such material and facilities worldwide; and
• facilitating co-operation among States Parties in this regard.

The Convention covers only nuclear material used for peaceful purposes during international transport and, with certain exceptions, in domestic use, storage and transport.

You can download a PDF with the full article here.

Tariq Rauf is Director of the Disarmament, Arms Control and Non-Proliferation Programme at the Stockholm International Peace Research Institute (SIPRI) and a director of Atomic Reporters. From 2002-2011, he was Head of Verification and Security Policy Coordination, Office reporting to the Director General, at the International Atomic Energy Agency, where he was part of the IAEA Secretariat team that drafted the Amendment to the Convention on the Physical Protection of Nuclear Material during 2004-2005 and was given a Team Merit Award for this work
. He is a founding Director of Atomic Reporters. Only personal views are reflected here.