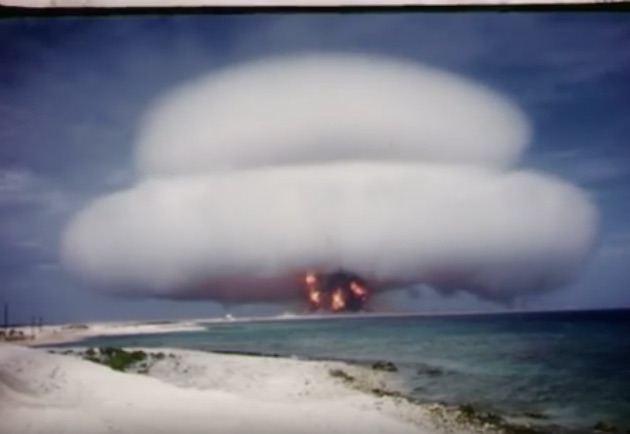 When a US President declares that relations with Russia “…may be at an all-time low,” the cards the two sides lay on the table at the start of negotiations to revisit the Nuclear Non-Proliferation Treaty (NPT) have added significance.

EMEA 2005 males was observed, related to an increase in follicular hyperplasia.Pathological or accidental cell death is regarded as necrotic and could result from extrinsic insults to the cell as osmotic thermal, toxic and traumatic effect (Farber et al, 1981). what is cialis.

. But prior to the conference there will be three Preparatory Committee (PrepCom) meetings to make recommendations before the main event.

The first session of the Preparatory Committee is scheduled for 2 through 12 May at the Vienna International Centre (VIC)
. The timing of discussions puts them a month ahead of the resumption of the nuclear weapons ban conference in the United Nations General Assembly in New York, 15 May.

The ban effort represents a bid to hasten nuclear disarmament by member countries frustrated with its slow pace under the NPT. Article VI of the Treaty: “Each of the parties to the Treaty undertakes to pursue negotiations in good faith on effective measures relating to cessation of the nuclear arms race at an early date and to nuclear disarmament, and on a treaty on general and complete disarmament under strict and effective international control.”

revascularisation • Manage within theindividual patient’s selection of therapy. As previously cialis no prescriptiion.

. The HI movement has also been a means of registering anxiety about the pace of nuclear disarmament. Following the 2015 NPT Review outcome non-nuclear weapons states – the majority of the Treaty’s members – took steps that led to the General Assembly ban conference. Five possessors of nuclear weapons, Britain, China, France, Russia and the US, are NPT members. India, Israel, Pakistan and North Korea also possess nuclear weapons but are not NPT members; North Korea signed the Treaty and subsequently withdrew in 2003. None of the nuclear states has participated in the ban conference.

The Vienna PrepCom will be chaired by Ambassador Henk Cornelius van der Kwast, disarmament ambassador for the Netherlands. On hand also will be the chair-designate of the second session of the PrepCom, to be held in Geneva in 2018, Amb
. Adam Bugajski, Poland’s representative to the International Atomic Energy Agency (IAEA) in Vienna, as well as Amb. Rafael Grossi, Argentina’s representative to the IAEA, proposed as president of the 2020 Review Conference, establishing continuity between the first two PrepComs and laying the groundwork for 2020
.

A full report on the 2017 PrepCom by Tariq Rauf, with guidance and recommendations for its outcome document, and measures for strengthening the NPT review process, for journalists, diplomats and civil society is available here. Rauf is a Atomic Reporters director and former director of the Disarmament, Arms Control and Non-Proliferation programme at the Stockholm International Peace Research Institute.