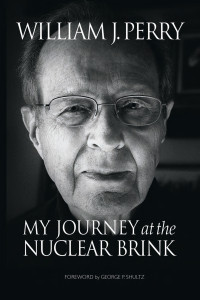 Sexual counseling and educationSildenafil citrate is an achiral substance and the evidence of its chemical structure has been adequately confirmed by elemental analysis, IR NMR, and mass spectroscopy and X-ray crystallography. cialis.

In June, as a side event to the Comprehensive Test-Ban-Treaty Organisation’s Science and Technology Conference 2015, Atomic Reporters invited Bill Perry, Lord Desmond Browne and Ambassador Alexander Kmentt, to brief journalists on their view of the most pressing nuclear issues of the day.

Listen to a recording released to coincide with the publication of Perry’s “My Journey At The Nuclear Brink.”

Biographical information about the speakers

Lord Browne of Ladyton (Des Browne) is a British Labour Party politician who was the Member of Parliament for Kilmarnock and Loudoun from 1997 to 2010
. In 2006, he was appointed Secretary of State for Defence and, from 2007 to 2008, he combined this role with the role of Secretary of State for Scotland. From October 2009 until March 2014, he was Convenor of the Top Level Group of Parliamentarians for Multi-Lateral Nuclear Disarmament and Non-proliferation. Since 2014, Lord Browne has served as the Nuclear Threat Initiative’s Vice Chairman.

Ambassador Alexander Kmentt is an Austrian diplomat with a specialisation on non-proliferation and disarmament issues. He has previously served as a Special Assistant to the Executive Secretary of Preparatory Commission for the Comprehensive Nuclear-Test-Ban Treaty Organisation (CTBTO)
. Previous disarmament responsibilities in the Austrian Foreign Ministry include Deputy Permanent Representative of Austria to the Conference on Disarmament in Geneva and Deputy Director for Disarmament Affairs. During the Austrian European Union (EU) Presidency in 2006, he chaired the EU Working Group on Non- Proliferation.

Recording released to coincide with the publication of Perry’s “My Journey At The Nuclear Brink.”  [in three parts]