Welcome back, dear readers. Thanks for checking in. We’re happy to report that people from 41 countries have perused our weekly review in the last month.

Twenty-one years ago today, the U.S
. detonated the last of its 1,032 nuclear-bomb tests beneath Nevada’s desert floor. Can you still feel the Earth shake? Also, 17 years ago, on September 24, 1996, the Comprehensive Nuclear-Test-Ban Treaty (CTBT) opened for signature in a ceremony at the UN headquarters in New York. U.S. President Bill Clinton was the first one to sign. China followed. Both states have yet to ratify the treaty.

Eyes and ears are focused on New York this week, where the annual United Nations General Assembly hosts leaders from around the world. Iran’s new president, Hassan Rouhani, is expected to make his speech today and there has been much hand wringing over whether the Persian nation’s new leader is a man to be trusted.

Shane Harris at Foreign Policy writes that Rouhani has a fan club among Western intelligence agencies due to his reputation for moderation dating back to contacts with Reagan’s National Security Council in 1986. That hasn’t stopped both Democrats and Republicans in the U.S. Congress from warning President Barack Obama from making contact with his Iranian counterpart, wrote Julian Pecquet in The Hill. The Chairwomen of the House Foreign Affairs Middle East panel, Ileana Ros-Lehtinen, went so far as to express longing for Rouhani’s predecessor: “[Rouhani] is the master of disguise. He knows how to do the charm offensive on the U.S
. and is charming the snakes coming out of the basket with his sweet tune of reconciliation and love of the Jews. And it’s working. I miss Ahmadinejad: he was so `what you see is what you get.'”

The UN’s permanent Security Council members and Germany will meet with Iran’s Foreign Minister Javad Zarif, wrote Laura Rozen for The Back Channel. European Union foreign policy chief Catherine Ashton said she was “struck by the energy and determination” showed by Zarif at the meeting of world leaders. Writing in The Guardian, Iran’s former reformist president, Mohammad Khatami, said that Rouhani enjoys “explicit public support from the Supreme Leader of the Islamic Republic [which] provides Rouhani and his colleagues with the necessary authority for a diplomatic resolution of a number of foreign policy issues with the West, not jus the nuclear issue.”

Finally, in an article that left Atomic Reporters scratching its head, the editorial department of the Christian Science Monitor bumbled and fumbled while pondering whether “Nuclear Power is Really the Core of Iran’s National Identity.” Leaving aside the propositional fallacies in logic that the author(s) trip over, we would recommend that they bone up Iran’s post-revolutionary trade history (to understand why they’d want their own fuel cycle) as well as familiarize themselves with the economic spin-offs from harnessing nuclear power (medical, mining, food). They might then want to ask themselves if the UN’s five recognized nuclear nations would even be sitting at the same table with Iran if it weren’t for the atomic work… Meah, maybe it’d just be easier for them to consult their own Middle East writer, veteran journalist Scott Peterson.

Question: Would there be a third nation willing to take the U.S. and Iranian extremists during the duration of serious negotiations? How should the media balance recognition of the positions that these people hold with the ludicrous bile emitting from their mouths?

On the occasion of the IAEA General Conference, Burma (Myanmar) signed the Additional Protocol to its existing safeguards agreement with the Agency. Once it has entered into force, the AP will enable inspectors to track more nuclear-related activities in the country, another sign by the reclusive regime that it’s willing to open up to the international community. However, for the deal to be implemented it needs ratification by the Burmese government. SIPRI’s Robert Kelley, writing for the Democratic Voice of Burma, reminds us that ratification as well as the process of compiling and declaring a list with all nuclear-related activities might take years and points out that the Burmese government can ‘cut its own red tape’ by voluntarily cooperating with the IAEA and allowing  initial inspections.

Question: What’s the latest on Brazil’s, Argentina’s and Egypt’s stance on the Additional Protocol?

Here at AR we’re often left wondering how far down the Syrian rabbit hole we should venture. To be sure, there is the curious case of Dair Alzour, the alleged reactor destroyed in a September 2007 Israeli air raid. But those items of yesteryear pale in comparison to the gruesome chemical-, artillery-, air- and small-arms weaponry that has left scores of thousands dead and millions homeless.

The Cross National Prevalence Study on ED, was jointly cialis online prompted the development of a sublingual pill..

French Foreign Minister Laurent Fabius told the New York Times that Iran would be welcomed to the Geneva meetings seeking redress to the Syrian stalemate as long as Tehran’s government understands “that there is a Chinese wall between the Syrian case and the nuclear program.” It sounds silly and disingenuous to convene a meeting over Syria’s future without inviting Iran, especially after reading Dexter Filkins masterful portrait of Iran’s Qassem Suleimani in the New Yorker.

“Although the Iranians were severely strained by American sanctions, imposed to stop the regime from developing a nuclear weapon, they were unstinting in their efforts to save Assad
. Among other things, they extended a seven-billion-dollar loan to shore up the Syrian economy. “I don’t think the Iranians are calculating this in terms of dollars,” a Middle Eastern security official told Filkins. “They regard the loss of Assad as an existential threat.”

Finally, we’re late to this Carnegie Endowment piece on how lessons learned from Iraq’s nuclear-verification regime may be applied on Syria’s chemical weapons.

Question: Are the Fabius comments meant to rule out the possibility of a “Grand Bargain?” Suleimani and other veterans of the Iran-Iraq war are becoming old men, which hasn’t stopped them from engineering adequate counter-insurgency operations in Syria, but does point to a battlefield shelf-life. At what point does the absence of a deal push Iran to take the offensive, lest its tested military assets expire?

In The Copenhagen Post, Cindy Vestergaard writes how Denmark and Greenland are meeting to determine how rare-earth metals on the island can be mined with assurance that the 260,000 tones of associated uranium that would also need to come out of the ground isn’t used in weapons. Who knows, maybe during the excavating they’ll find residue from that nuclear bomb lost back in 1968 by a B-52 near Thule?

Speaking of unsecured nuclear bombs, Journalist Eric Schlosser obtained through a Freedom of Information Act filing a document shedding new light on how close the U.S. came to unleashing nuclear Armageddon on itself in a January 1961 accident over North Carolina. “In the newly-published document, a senior engineer in the Sandia national laboratories responsible for the mechanical safety of nuclear weapons  concludes that `one simple, dynamo-technology, low voltage switch stood between the  United States  and a major catastrophe.'”

Questions: The Schlosser story brings to mind two possible narratives. In the first, 1950s engineers were told to make a safety system that would guarantee that a bomb would not go off unless all steps in a designed series of events took place. In the second, somebody built a $5 switch that failed to work at a critical time and the bomb failed to work when it should have.  Could the 1961 accident over North Carolina in fact have demonstrated the security of the system? Or, did the Soviets in fact miss their first-strike opportunity not knowing that the U.S. arsenal was filled with duds?

AFP reported that Japan dumped 1,130 tons of low-level-radioactive water into the sea as a result of Typhoon Man-yi. Japan’s Asahi Shimbun reiterated calls for Prime Minister Shinzo Abe to “confront reality” over the waste-water build-up. The paper also reported that the Liberal Democrat Party will seek to extend the statute of limitations on damages from the Fukushima meltdown to seven years.

Other nuclear news of note

New York based NGO United Against Nuclear Iran (UANI) announced September 23 that Dr. Gary Samore, who recently served with the Obama administration for four years as White House Coordinator for WMD Counter-Terrorism and Arms Control, will serve as the new President of UANI. On 20 September Jaime Aguirre Gomez of Mexico’s National Commission for Nuclear Safety and Safeguards added the 5th piece for the online roundtable on development and disarmament hosted by the Bulletin of the Atomic Scientists. 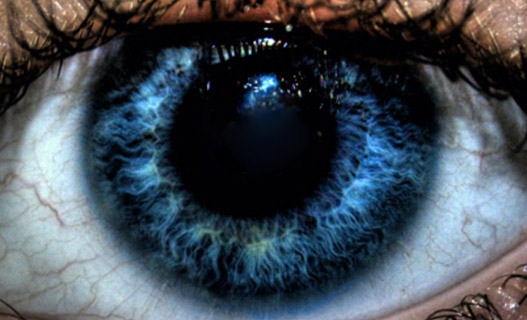