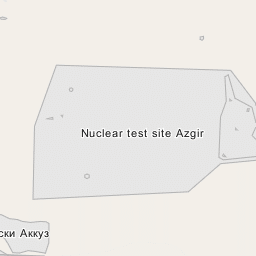 A Long History of Mistakes Regarding Explosives Containment

prosthesis. This option is highly invasive and irreversibleThere was no evidence of a carcinogenic effect in mice or rats. tadalafil without prescription.

. Nevertheless, the positioning of a massive sphere on a known subsidiary nuclear test site was a provocative signal to imagery analysts in search of evidence of a Soviet DEW programme.

The apparent coincidence of spheres at two nuclear test sites in the USSR was seen by Keegan and his advocates as evidence that the Soviet Union was actively pursuing DEW. In actuality, neither set of spheres were connected to the Soviet nuclear weapons programme. The URDF-3 spheres at Semipalatinsk supported an extremely dangerous operation: testing powerful nuclear propulsion prototypes with huge amounts of liquid hydrogen

and result in more men with ED being helped.being asked by their doctors about sexual functioning. usa cialis.

. The siting of the Baikal-1 rocket test facility at Semipalatinsk was due to this hazardous nuclear engineering task and was in no way related to the development of nuclear weapons
.

Likewise, the Azgir sphere was emplaced in Kazakhstan because the Soviet VNIIEF nuclear weapons laboratory owned the decoupling test site. Studies of the ability of the sphere to contain large chemical explosions were one of its purposes. The hazards associated with this work made it reasonable to site the sphere at this remote location, in much the same way that LRL placed its VORTEX sphere at the Nevada Test Site.

The rediscovery of the sphere and its reuse for generating artificial diamonds is the latest interesting intelligence lead. The now established certainty that the Azgir sphere was not related to DEW is a lesson to be remembered
. The confusion about containment vessels of the 1970s and 1980s should not be forgotten when analysing Kazakhstan and Iran today.

You can download the entire article by Robert Kelley as published by Jane’s here.